Cheesecakes today are one of the most common and flavor-versatile desserts. It is a beloved sweet treat that is creamy and decadent, made in many different flavor combinations, toppings and crusts. The cheesecake has also inspired the flavors of many other sweet treats such as strawberry cheesecake ice cream or as toppings on milkshakes.

Cheesecakes are usually made with soft cheese, sugar, flavoring, and eggs – condensed milk and/or heavy whipping can often replace eggs for the eggless variety. Different recipes, ingredients, and even the type of cheese case change the texture from a heavy classic New York cheesecake to a lighter chiffon-like version such as the French variation. Nevertheless, it is a beloved dessert for many of all ages. 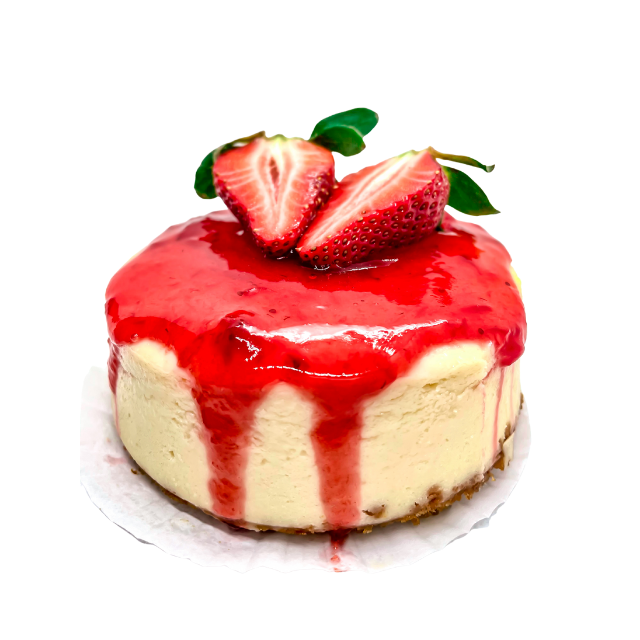 Cheesecakes is a commonly sought out dessert and loved by many, but where does it come from? When was it first made? How did its popularity spread across borders in its own variations? Read on to find out.

The earliest known “cheesecake” was found in the ancient Greek island of Samos around the fifth century BC. Plakous, or “flat mass”, were made of fresh cheese, flour, and honey that was pounded to a smooth creamy texture and cooked on an earthenware griddle.

A form of cheesecake then re-emerged in late medieval Europe, but this time, with a pastry base like that of a tart. It was seen in the first English cookbook in 1390, The Forme of Cury, that consisted of medieval English recipes compiled by the cooks of King Richard II. In this cookbook, there were two cheese tarts “sambocade” made of curd cheese, egg whites, rosewater, and elder flowers, and “tart de bry”. Made with semi-soft autumn cows’ cheese, egg yolks and ground ginger.

The cheesecake eventually and inevitably was found in American colonies. When Europeans immigrated to America, some brought their cheesecake recipes along. Cheesecakes became increasingly popular in America. Cheesecakes were often made with curd cheese that made cheesecakes light, fluffy, and coarse in texture.The basis of American cheesecakes evolved into creamier and richer treats thanks to the dramatic shift to using cream cheese, which was an American addition to the cake.

The invention of cream cheese was an accidental one by a New York dairy farmer attempting to replicate the French cheese Neufchatel. During the process, he accidentally created cream cheese. This was about the same time the New York style cheesecake was created using the accidental cream cheese.

Cheesecake Around the World

After New York, other American states put their own spin to the dessert. Chicago would use sour cream to make the cake creamier, whereas the Philadelphia cheesecakes were known to be lighter and creamier and often served with fruit or chocolate toppings. Beyond North America, Italians would use ricotta cheese, Germans would use cottage cheese, while the Japanese used cornstarch and egg whites.

Throughout the years, the cheesecake recipe evolved and branched out to different variations we see today. Its popularity still lingers today, with many pastry chefs getting creative with variations and flavors.

Rollz has a delicious variety of eggless cheesecakes, ready for you to try. Visit one of our stores today!